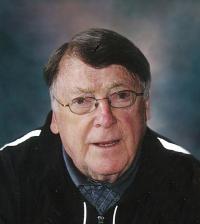 While it is not the custom for igNation to post obituaries, I decided to post Elmer MacGillivray’s obituary. In 1972, shortly after ordination, I was assigned summer ministry at St. Ignatius parish in Winnipeg.  One of my fondest memories of that time was seeing the impact on the young people that Elmer had when he introduced live folk music to the 9.00 pm Sunday Mass.  Standing room only was the order of the day.  I believe the tradition continues today.  Rest in peace, Elmer.

It is with deep regret and sadness that the family of Elmer MacGillivray announces his death on May 2, 2019. Elmer was born in Reserve Mines, Cape Breton, Nova Scotia.

Elmer will be sadly missed and lovingly remembered by his two children: Scott (Trena) and Bethany (Ray). He leaves behind three darling little grandchildren: Alexander, Jaxson and Isabella; and numerous nephews and nieces.

He was predeceased by his mother and father and four brothers and two sisters.

His elementary schooling was at St. Joseph’s in his hometown, and later he attended high school and University at St. Mary’s in Halifax; where he was very involved in sports, mainly hockey, baseball and football. From St. Mary’s he entered the Jesuit Order in the Catholic Church where he was ordained to the priesthood.

Twenty six years later, he changed his career and went to work for Labatt Brewery for seventeen years. Elmer spent the last forty plus years of his life in Edmonton. For most of those years he was a proud member of the Edmonton Country Club, a place he loved and enjoyed.

He was closely involved in fundraising for organizations like the United Way, the Christmas Bureau, Friars, Newman College, and St. Joseph’s Seminary. He loved his sports, especially the Oilers, Eskimos, Blue Jays, and of course golf and curling.

His funeral was held today in Edmonton.

Thanks to Bert Foliot, SJ for sending me the obituary.