Membership Has its Privileges 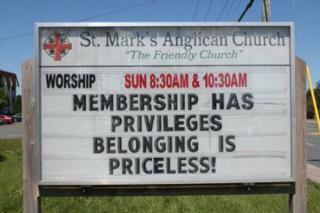 It was a known and accepted fact that membership did indeed have privileges. If you were truly a citizen, if you were truly intent on getting ahead, connecting with others then you were a member of some organization or another: a church, Boy Scouts, Stone Masons, Rotary, sports leagues, political parties, volunteer organizations. This was a way of networking before networking became the buzzword it is today. But something changed along the way.

At the turn of the Millennium, in his book Bowling Alone: The Collapse and Revival of American Community, Robert Putnum chronicled how membership no longer had its privileges. People were not finding their identity in membership in political, civic and religious organizations, but instead had taken a turn to the individual. He gives many reasons for this, including time constraints, urban sprawl, technology, and financial independence. All of these were killing community and erasing membership from the collective Western lexicon. Membership just wasn’t on people’s minds anymore and it showed. Church attendance plummeted. Skepticism of social institutions reigned supreme. Voters became increasingly cynical about the political process and being a member of a political party no longer had the shine that it once did. Yes there were still community service and volunteer groups but they were all much older, with younger people shunning such membership, though they still sought ways to volunteer. Membership did have its privileges, but not anymore, at least not in the minds of postmodern, Western culture. 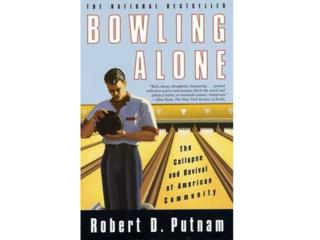 All this triggered a great new quest and longing for community. Walk into any bookstore, pick up any magazine, or do a simple Google search and you would see that finding community is big business. People felt isolated, cut-off, even lonely in the face of the impersonal yet individualistic drive of the mass-produced, mass-consumption, technological, capitalistic world we live in. But they weren’t looking to membership to fill this gap. No they were shunning traditional means of membership, but they were desperate to belong.

So why do we in the church continue to cling to our outdated views of membership? We still use the language of membership when discussing who is a part of our church community. “How many families on your parish roll?” is code for “How many members do you have in your church?”

We still hold out many opportunities for membership within the church. You can become a member of the women’s group or men’s group. Or you can join the Altar Guild (guild, now there’s a word left over from the middle ages). There are service clubs and committees. We keep saying we need “new blood” (new members) to keep these groups going. Yet we can’t seem to understand people’s hesitation to become members of these groups. Groups that do great work and ministry I might add. 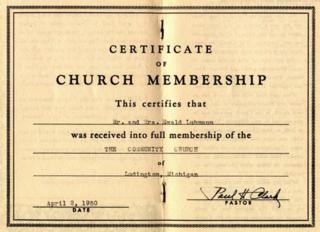 Perhaps the number one conversation that I have in parish ministry (ahhh parish, there’s another word from days gone by that has little meaning in today’s world) are those that centre on membership and growing membership. But the more I engage in these conversations the more I am convinced that we need to change the conversation away from membership toward one of belonging. That is I think we need to stop asking how can we get more people to join our church or come to church, to how do we help people belong in the church.

So over the next several weeks I invite you to journey with me from membership to belonging. This is not an academic study, in the sense of scholarly research, although I will cite some of what others have written. Instead it is a survey of where the church has been and where I think it needs to go. I will tell you up front that there will be more questions than answers, more suggestions than prescriptions. I will draw on my experience in a particular faith community, in a particular tradition, in a particular part of the world, yet try to make some sense of what is going on in the wider church and culture. Honestly this is more me thinking out loud, than any comprehensive treatise on belonging. I am no expert, but I am a person seeking belonging, who encounters people every day who are doing the same. How can I and we the church help them? Let us begin . . .