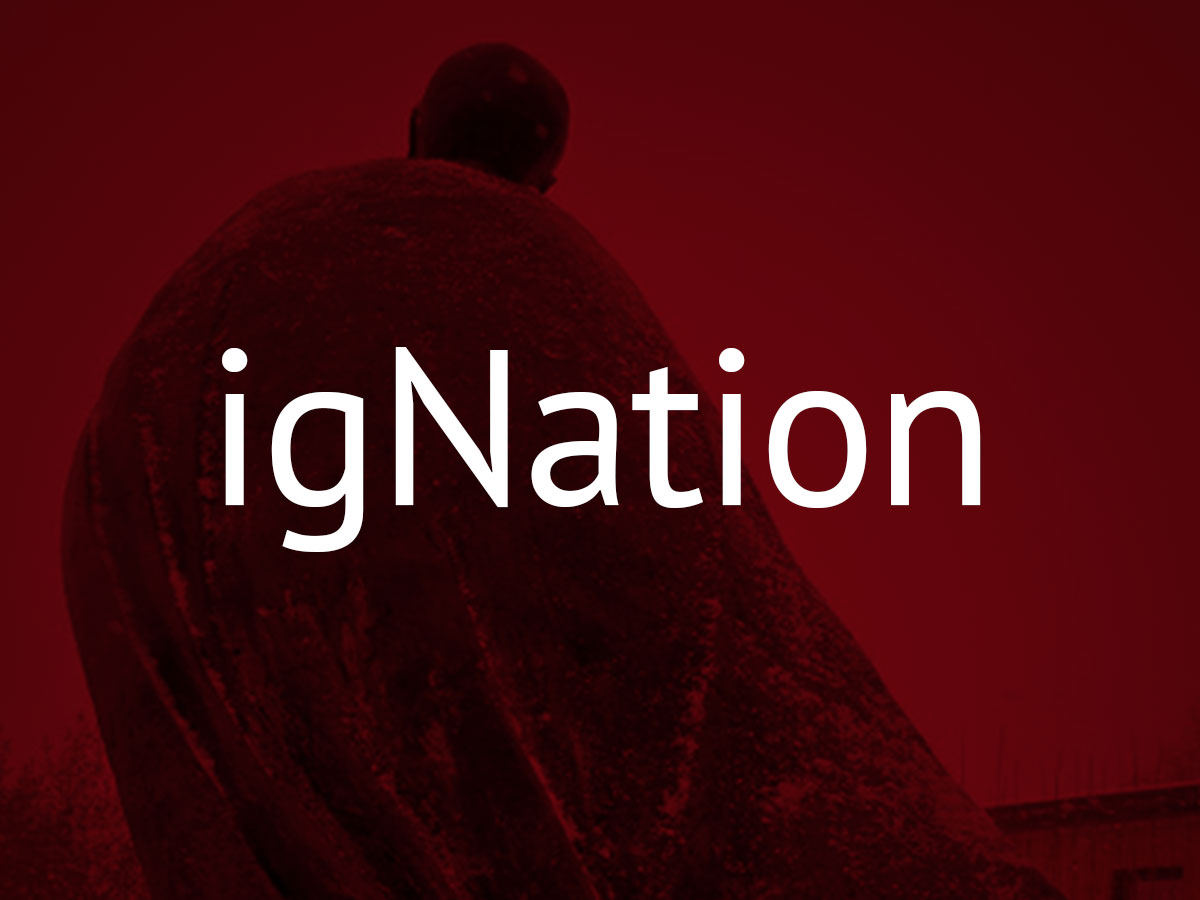 In the early 1990’s, I began going out from time to time to Stony Mountain Correctional Institution for Mass on Saturday evenings. Eleven kilometres north of Winnipeg, Stony is a medium-security federal penitentiary (opened in 1877) which houses more than 500 inmates.

In 2001, Sr. Carol Peloquin SNJM (Stony’s Catholic Chaplain) began Next Step, a program of weekly group meetings and on-going personal contact designed to support the physical and emotional needs of newly released offenders. I was a frequent attender.  It gradually became apparent from these meetings that parolees have great difficulty finding clean, safe, affordable accommodation in Winnipeg. 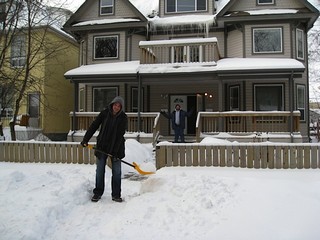 So, in January 2008, as one small step towards meeting this need, the Jesuits of Winnipeg leased a newly renovated three story duplex in the downtown core and I became a landlord!

Named by a parolee after Don Quixote, the “dream” house is a happy mix of Jesuits and released offenders. Quixote House offers companionship in a safe, supportive, drug and alcohol-free residence, as men who struggle with disability, addictions, and feelings of rejection or loneliness, work to become financially stable and emotionally grounded.

At the present time, Quixote House houses two Jesuits — myself and Eduardo Soto, from Venezuela, who is doing his PhD in Peace and Conflict Studies at the Arthur Mauro Centre, St. Paul’s College, University of Manitoba — and six paroles from Stony Mountain.

After five full years at Quixote House, I have been thinking about what we have learned about “x cons” and what it takes to support them in their efforts to stay outside and “clean”.

Almost without exception, we have found that the road that took our guys to prison began very early in life.  Many were deeply wounded as they grew up in home situations coloured by rampant poverty, combined with traumatic experiences of violence, addiction, and abuse.

Unfortunately, because they were often neglected in such dysfunctional homes, they adopted ugly patterns of behaviour as a way to deal with their pain, disappointment and anger. 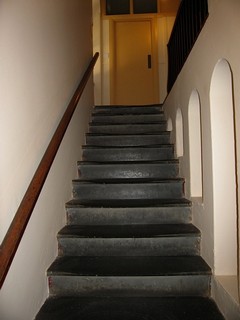 We have had men with us who embarked on a life of crime as children.  More than one of them began his journey to a Federal Penitentiary in a youth detention center (even in the pre-teen years). One was incarcerated at 11 years of age and now, at 43, looks back on 27 years of jail time.

Another reported, as a matter of fact, that he had lived in more than 20 different places (“family” homes, foster homes and youth detention centers) before he finished grade 10.

We have had several men complete a high school diploma while they lived at Quixote House – a few have gone on to higher study and one is now in a Master’s program.

Given a chance, they have all succeeded (if not the first time around, the second). Right now, we have two in College and one finishing high school. In the evenings especially, there is lots of reading and studying going on at Quixote House  – Jesuits and parolees alike.

Almost all of the guys who have lived with us encountered a chaplain or “worker” in prison who helped them make the turn to “good”.  Religion, in fact, has proved to be a key support for many of them as they struggle to walk the straight and narrow.

Alcohol and drugs have often been big in their lives and programs like AA and NA, which have a core spiritual component, work best if members are able to draw on their “higher power”.  Over five years, I’ve attended lots of self-help meetings and church services with our men – even one evangelical baptism!

Of course, guys don’t get out of prison one day and come to us the next.  The road to Quixote House for most of our men is, in fact, long. 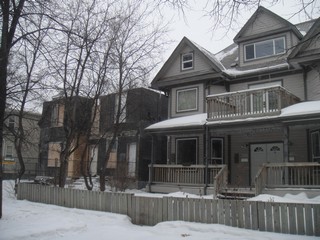 Yet, despite our lengthy and careful selection process and despite all of our efforts to maintain Quixote House as a clean, safe, and affordable “home”, there are “failures”. Men do fall back into addiction and crime; returning to residential treatment programs and, at times, even prison.

I have come to see that the struggle – heroic as it often is – to stay “straight” is not always linear; a step or two backwards is required sometimes before picking up the pieces and moving ahead.

To find money for room and board and transportation and cigarettes and school supplies, and … is always a struggle.  One day our house routines run like a Swiss watch and the next day the wheels have fallen off of the wagon!

When the dilapidated rooming house beside Quixote House went up for sale, it was purchased by the Jesuit Community in Winnipeg with a view to converting it into small apartments for “graduates” of Next Step/Quixote House.

With apartment vacancies at a record low in Winnipeg, ex-offenders have great difficulty in finding proper accommodation as they move on from Quixote. This building, currently under renovation, will be called the Massie Apartments after Fr. Brian Massie, S.J. (a former pastor at St. Ignatius parish who died in May 2009). It will have four one bedroom apartments (two on each floor) which will be rented at far less than market rates.

We have just created a not-for profit organization, Future Hope, to do some fundraising for this project.  We are now working on a website that will contain lots of information about Next, Step, Quixote House and the Massie Apartments. Watch for it!

Over five years at Quixote House, I have learned a lot about the resilience of the human spirit and the power of God’s grace.

At times it is difficult and I look longingly now and again to other easier ways of being a Jesuit, but I can honestly say that I experience what I do as a calling within my calling as a Jesuit priest.

Over the past few years I have encountered God in new ways in the pain and brokenness in and around our house. I often tell people that Jesus Christ is alive and well at Quixote House. I live with men who surprise and astonish me with their faith and resilience and see little, and not so little, miracles often enough to keep me committed to be with them in the struggle.

David Creamer, SJ, is the Provincial Assistant for Apostolic Organization and Planning for the Jesuits in English Canada..