“Solidarity in a COVID-19 world” 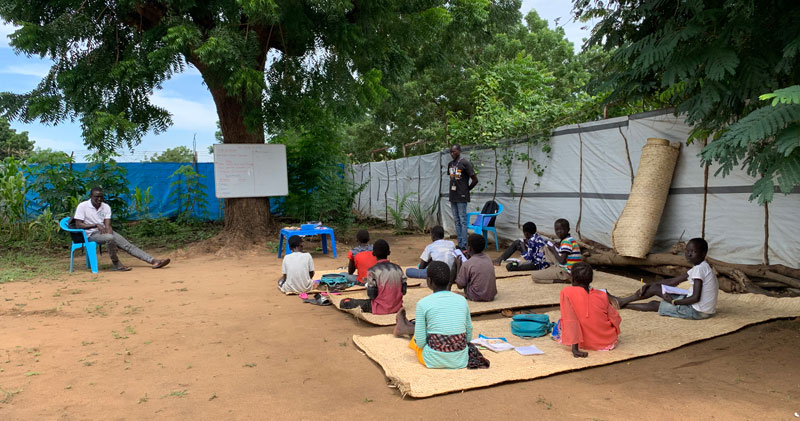 “Solidarity in a COVID-19 world” is the theme of Canadian Jesuits International’s (CJI) 2021 Fall campaign. CJI has launched this campaign to support its Jesuit partners in Africa, Asia and Latin America who accompany poor and marginalized communities and to foster just relations between the Global North and South.​ This is the first of a series of three blogs submitted by CJI and its overseas partners to explore this theme. To learn more, please visit: canadianjesuitsinternational.ca.

Several years ago, I was working as an environmental advocate in the Philippines. My work brought me face to face with a group of fishermen who were hunting sharks illegally. I was young and a naïve, and in my eyes, they were the bad guys. They needed to be stopped. I knew reporting them to the authorities would not solve the issue. Even with stringent fisheries laws, enforcement was a problem in the Philippines: too few law enforcers and too many shenanigans happening in a country dealing with widespread poverty, unemployment and a weak and oftentimes corrupt political structure.

Still, I did not give up. I thought I could save the sharks by reasoning with their hunters…surely, I could convince them that killing sharks is not only against the law, but it would also have disastrous consequences to the oceanic ecosystem. With much bravado, I marched into their small island community hoping to prove my point. I have no idea why they welcomed me with open arms, this arrogant and privileged young man who thought he knew everything. I thought I was going to open their eyes. Instead, I was the one who got an education. 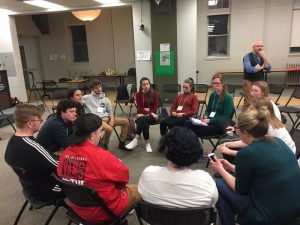 I visited them several times, sometimes staying overnight. They shared with me their homes, their food and their story. They had not always been shark-fishing. There was a time when they were legitimate small-scale fishermen, before the arrival of commercial fishing. Once it started, they were powerless to stop these large-scale operations. Their abundant fishing resources quickly got depleted. The commercial fishermen not only took more than was sustainable, they also destroyed fish habitats. Eventually, the small community was faced with a decision: adapt or go hungry. I realized then that environmental conservation doesn’t amount to much if it means further excluding poor and marginalized people. My eyes were opened. My team and I tried to do what we could for them: we published their story in one of the major dailies in the Philippines.

I am not sure if we saved the sharks. I am not even sure the publication of the story changed the lives of the fishing community. But I learned to listen, to educate myself. I discovered the power of amplifying the voices of others.

This is the work we do at Canadian Jesuits International (CJI): we learn, support and amplify. I have seen the world through the eyes of CJI’s Jesuit partners in the Global South and the poor and marginalized communities they accompany. I have learned that after the pandemic-enforced school closures in South Sudan, many girls will never finish their education due to child marriage and poverty. I know that refugees and migrants from Honduras, Venezuela, India and Syria are either fleeing poverty, war, unemployment, COVID-19, a combination of any of those or all of the above.

We need to support people living in the margins and take responsibility for the challenges and issues they face. We benefit from a biased socio-political and economic system, one that is heavily tilted in our favour. The relationship between the Global North and the Global South is not one of equals. The North dictates the patterns of international trade and the agreements that regulate it. They also influence how technology, foreign aid, and private capital reach the South. This directly impacts the poverty level, unemployment, and the widening gap between the two. It is hardly a just relationship. It is no wonder people from the Global South move north, seeking what they hope will be greener pastures in spite of all the dangers, threats and xenophobia they encounter along the way. 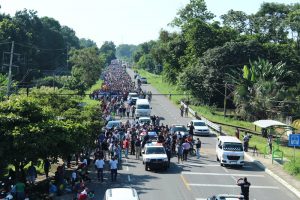 In our new COVID-19 world, this unequal relationship has become more evident: from the capacity to contain the spread of the disease and misinformation; to access to medicines and vaccines; and to resources available to enact pandemic recovery plans.

Though we are not completely out of the woods yet, life is slowly beginning to go back to normal for many in Canada. Yet, there are millions of people, mainly in Africa, Asia and Latin America, who still remain vulnerable to COVID-19 and who don’t have access to the vaccine. There are many marginalized people in the Global South who continue to struggle with poverty, violence, displacement, unemployment and issues that were there long before the onset of COVID-19. How can we show solidarity with them?

Perhaps we can begin by acknowledging our privilege and the responsibility that comes with that: to listen to their call for support; to continually educate ourselves and accept that this is a never-ending process. It means learning to walk at least a mile in the shoes of others, barefoot if they have no shoes. It means actively advocating to change a system that benefits a minority and excludes a majority of people, especially the poor living in the Global South. It means treating everyone with respect and dignity.

Victor Reyes is the Communications Coordinator of the Canadian Jesuits International. He has devoted close to 20 years of his life in the nonprofit sector as an educator, facilitator and communications specialist.